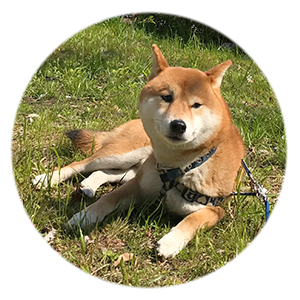 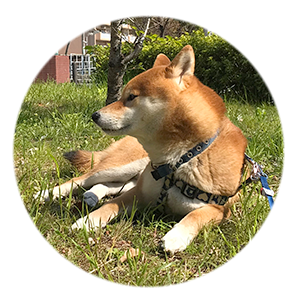 So far, we have covered many cherry sites in Osaka, such as the minting bureau. This time, we will feature Osaka Castle Park. It has been since File 56 that we covered Osaka Castle.

First, we got off from Morinomiya Staion and headed towards the castle. 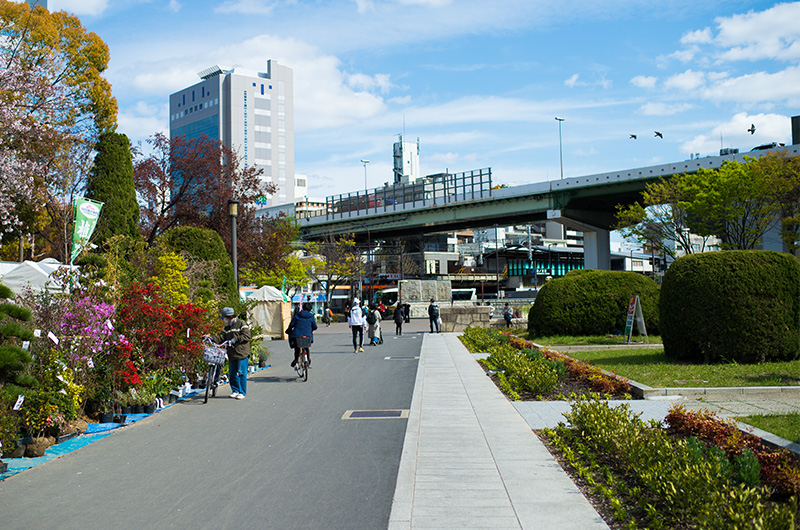 A little bit north and we can see Osaka Castle Playground. 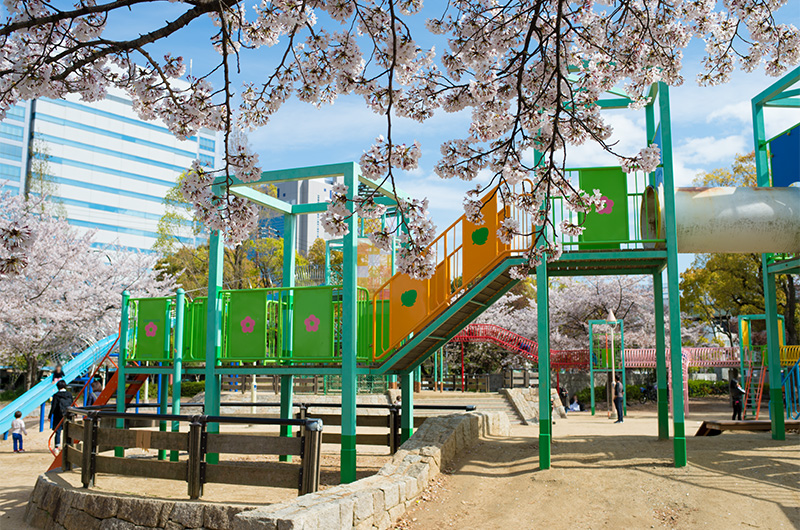 There were lots of booths and cherry trees on display in front of Osaka Castle Park fountain. Gee, what a distance from the castle! 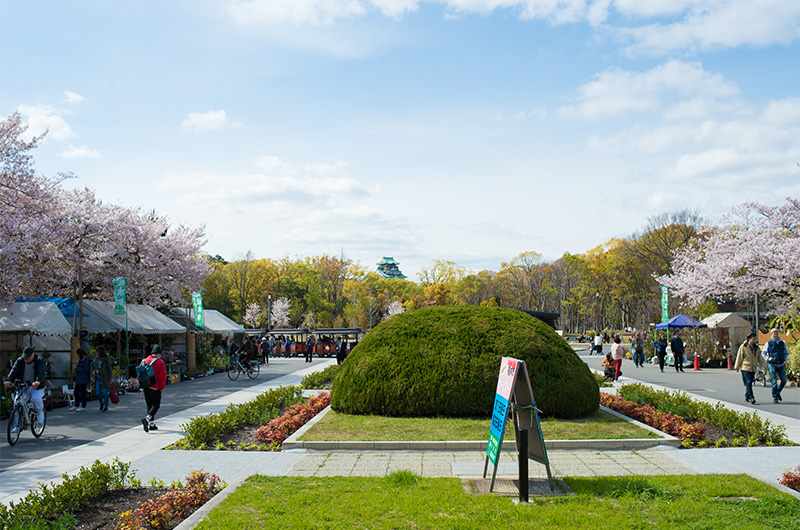 In front of the fountain is the first trolley station from Morinomiya. Lots of people visit many places around the fountain, such as Starbucks, R Baker, and BorneLund Playville. A map about Osaka Castle Park tells us information about what to enjoy here. 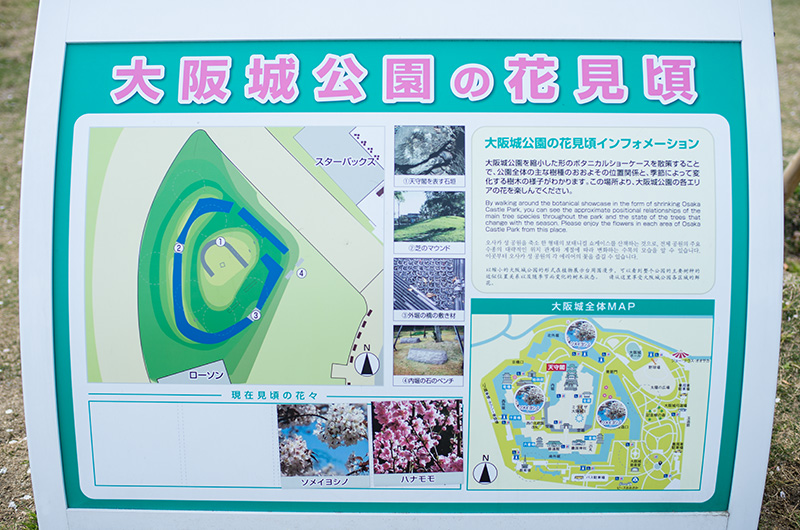 We decided to head towards the castle while taking a glimpse at all the cherry blossoms blooming proudly at the south outer moat and the west outer moat. On our way to the castle, there was a turret known to been founded in 1628. 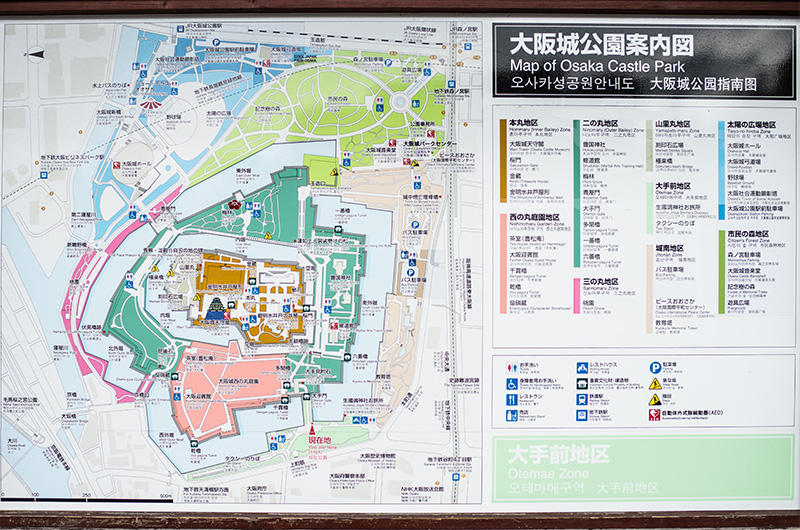 Seen from the castle gate, the row of cherry trees tells us how far we’ve come. 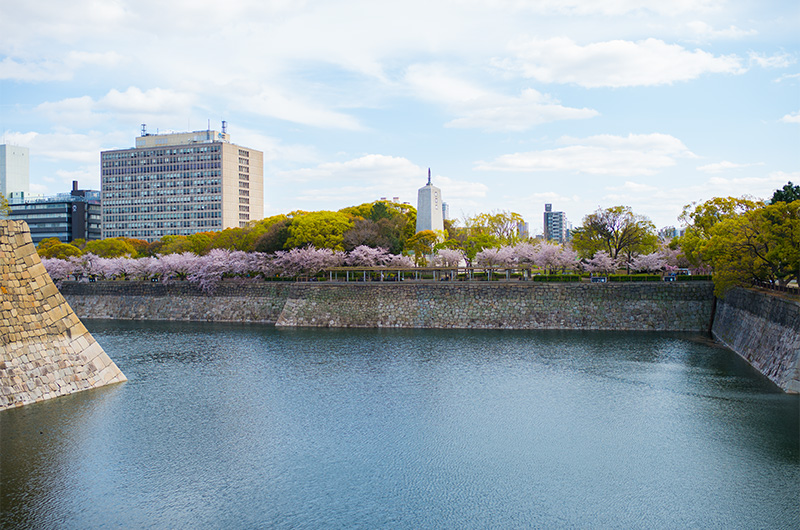 We can also see that lots of foreigners are enjoying watching the cherries bloom at the turret and Hokoku Shrine. We were surprised at how marvelously the castle was decorated with cherries from the south view. 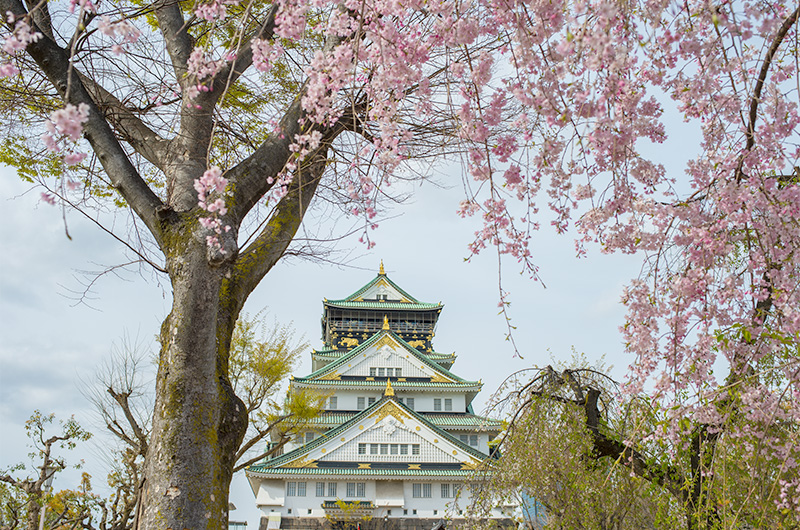 The northeast side of the castle was stunning as well. The most breathtaking part was the castle seen from Yamazatoguchi-Demasugata. The crowd was cheering for joy. At the Minting Bureau (Part 1) We stumbled upon an opportunity to visit an event held at the Osaka Minting Bureau. The concept of this event is to enjoy being surrounded by a crowd of pink petals embracing you with hospitality. The event was held from April 9th to the 15th this year. Here is the day view.

At the Minting Bureau (Part 2) 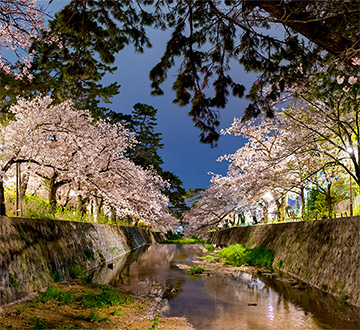 We took Amo-san to Shukugawa Greenlands, one of the hundred cherry sites. Amo-san was surely excited to see some cherry sites for his first very time! 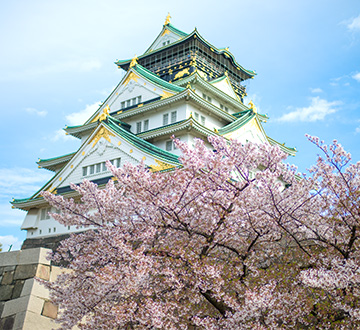 So far, we have covered many cherry sites in Osaka, such as the minting bureau. This time, we will feature Osaka Castle Park. Since the Heisei Era brought its end as of April 30th, we celebrated its ending by planting three species of cherry trees and some orchids.