The final restaurant we would like to introduce is a restaurant that opened on February, 2016, called Shoyu To Kai To Men- Soshite Hito To Yume.

(Side Note: We got permission for photography.) 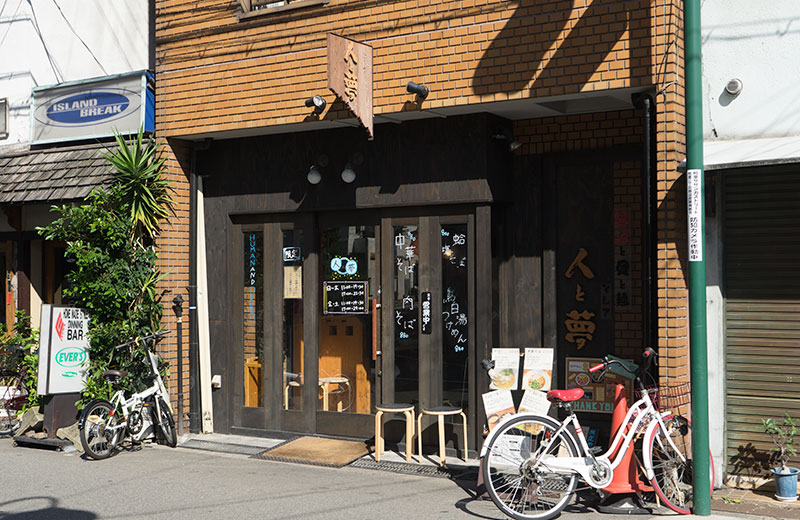 Here is the menu outside the restaurant. 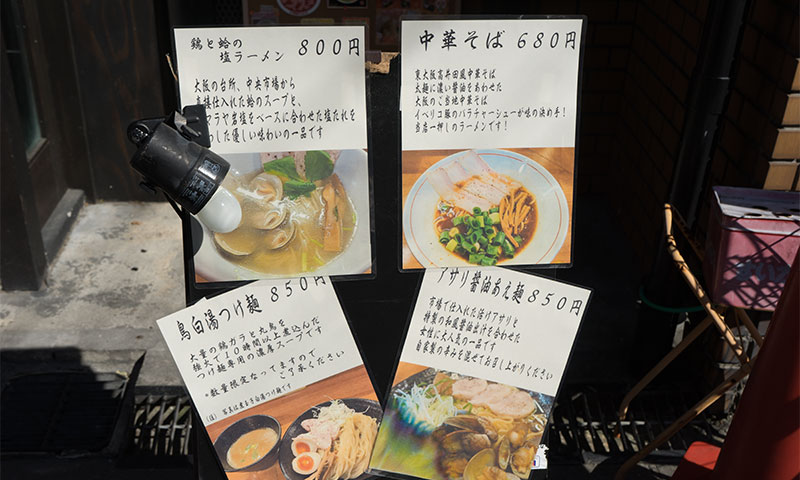 We entered at 11:15 a.m., and we chose the counter seats. The counter table had seven seats, and the two regular tables had nine seats. You may not smoke at all. When we entered, there were already three people, and when it was 11:45, which was the time we finished eating, lots more came. 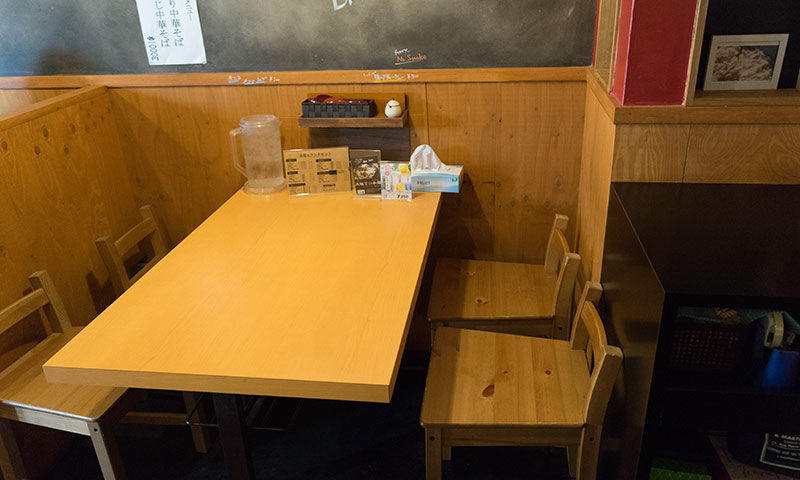 At first we thought there are lots of liquor on top of the counter, but it was soy sauce! What a fabulous way to decorate such bottles! 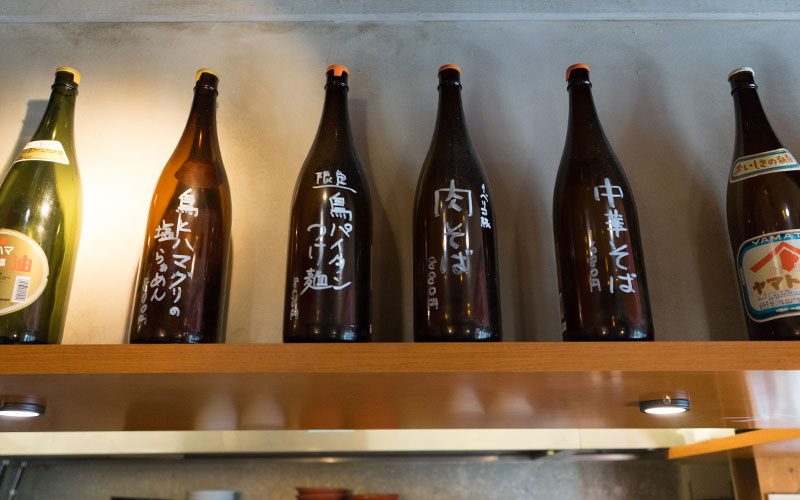 The menu is on the countertop. We looked at this menu and ordered. You pay at the cashier after you’re done eating.

There were lots of scribblings in the restaurant, such as the price and the variety of toppings, and where the tissues are. 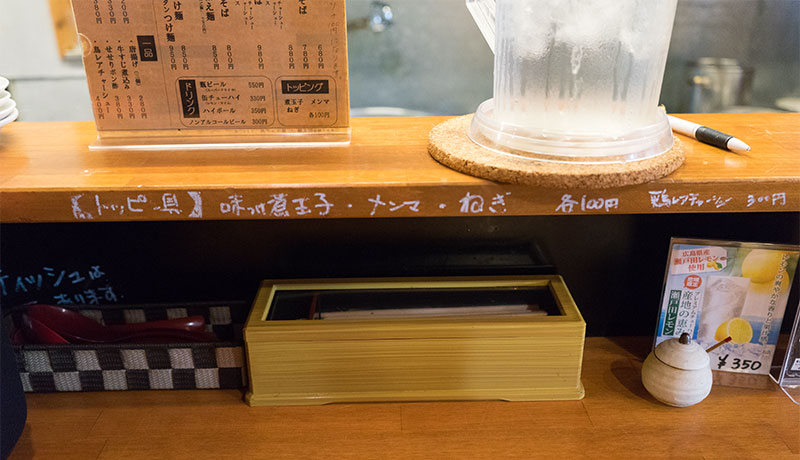 Chicken and clam salt based ramen 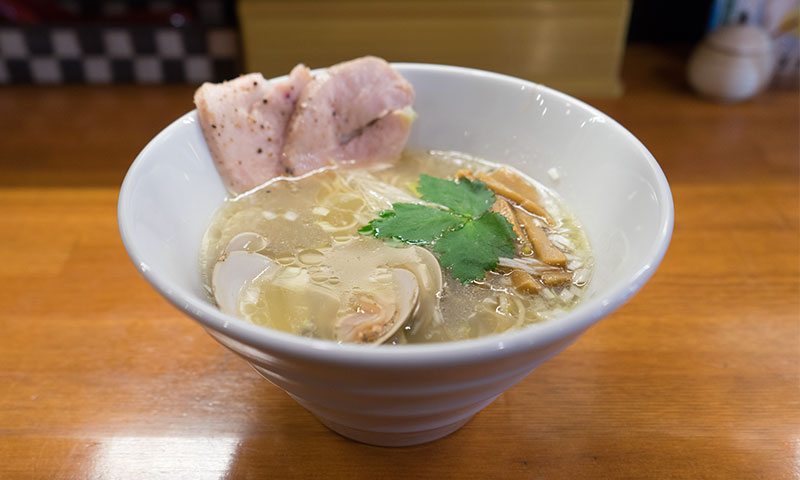 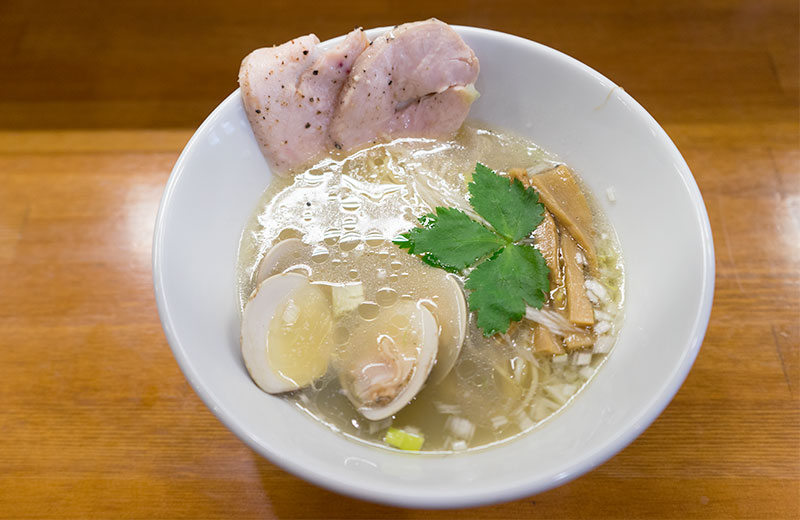 The soup is made from clams from Osaka Municipal Central Wholesale Market and salt from the Himalayas. Since the soup had a taste of citrus in it, we asked the Chef why. He said that he added grated citron peels into the soup. The noodles were soft and the rare roasted chicken were munchy that they both were a great match with the clam soup. 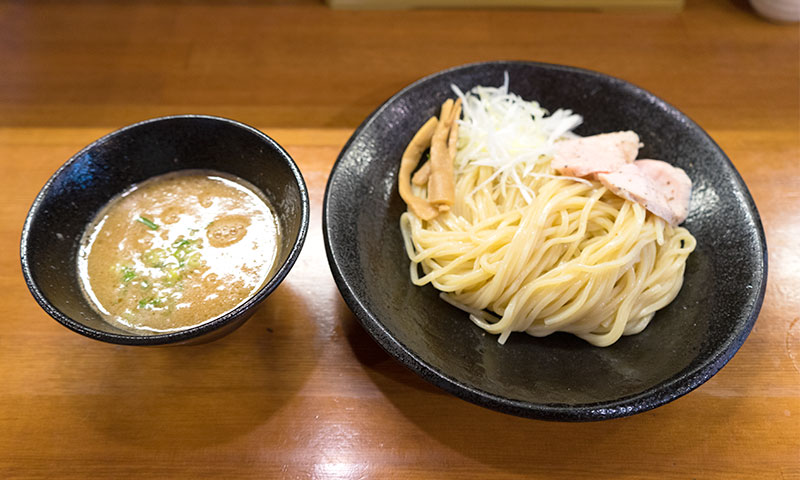 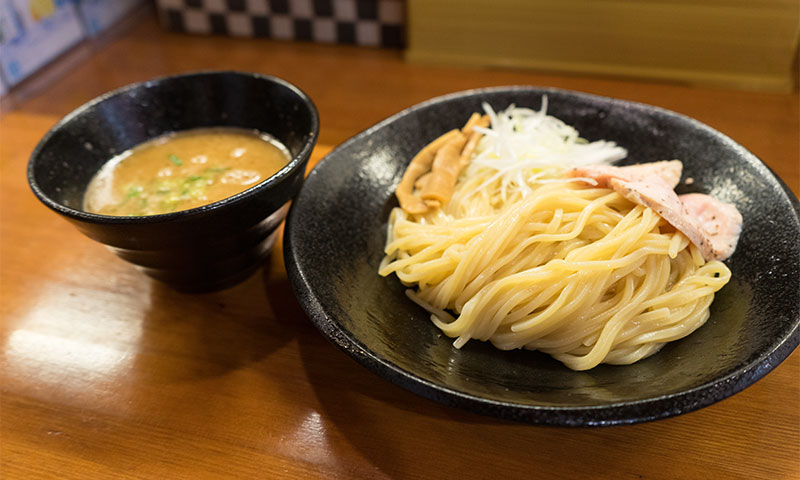 This menu is limited amount only, and the chicken broth and the chicken are boiled for ten hours. The noodles and the rare roasted chicken were munchy. The soup was rich flavored. 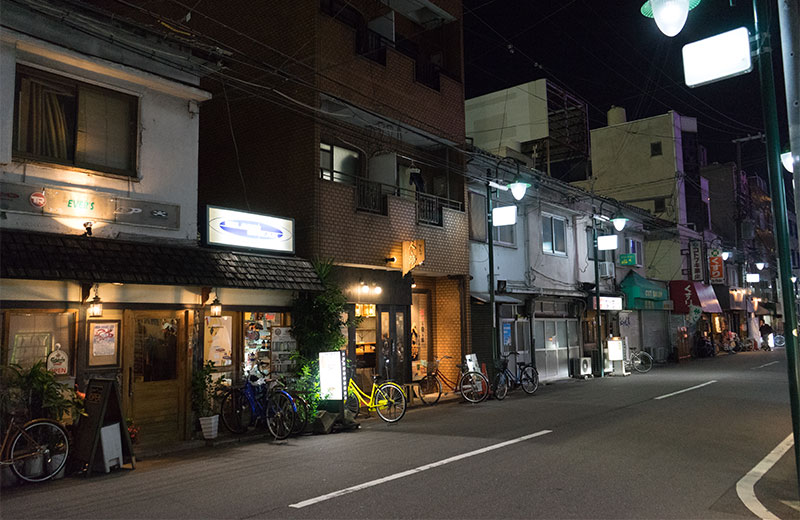 If you go by car, you may want to park at Times Tsukamoto No. 4, which is diagonally across the restaurant.

Why not stop by? Thanks for reading! Shoyu To Kai To Men- Soshite Hito To Yume Info This article is about six ramen eateries at a recently popular ramen community around Tsukamoto Station of the JR Toki Road Main Line. 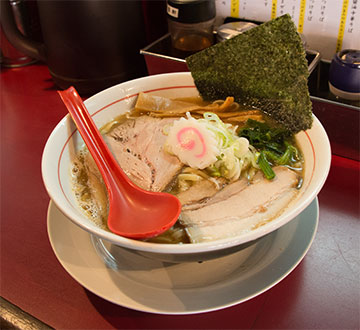 First off there is a ramen eatery called Men Ippai that opened in 2010 and is the most famous representative in all of Tsukamoto. Secondly, we have Ramen Place - Yodogawa Base, which opened on June, 2016. Thirdly, the sister restaurant of Men Ippai, which opened this June, we have Tsukamoto Ippai. The fourth place we would like to introduce is an newly opened restaurant, Ramen Maruki, which opened this March. The place that we would like to feature next is a chain restaurant that opened on October, 2011 called Menya Suzume.

Shoyu To Kai To Men - Soshite Hito To Yume The final restaurant we would like to introduce is a restaurant opened on February, 2016 called Shoyu To Kai To Men - Soshite Hito To Yume.